On the left side of the ingame fitting window, click the wrench icon. Then at the bottom left of the page click 'Import & Export' then 'Import from clipboard' to import this fit to EVE Online.
Export fit to Eve Workbench

The Abyss Tracker keeps fit history since 2020-11-03 - earlier history entries are not available.

No questions yet - be the first to ask one.

This is an "imaginary" fit that stems from "just an idea".

By comparing the attributes of the Stabber Fleet Issue to those of the ordinary Stabber, and those of the Rupture, I noticed that the strengths of the SFI is thicker shield, and thicker armor, in addition to the 1 more high turret hard point, and the 2 more low slots. Through some tinkering with different modules, I find the best candidate module for the additional low slot: the Co-Processor... to increase CPU, which has been a bottleneck. It is as if "meant to be"!

In terms of speed, SFI is actually slower than an ordinary Stabber.

The large signature that stems from all shield extenders and the absense of resistance modules mean this ship is expected to take full damage from opponents. The plus side to this fact though, is that this means this fit does not care about the resistance penalty of the abyssal environment, because the resistance can only be as low as zero, and cannot be a negative number.

The above is all based on theoretical thinking. Hopefully, this will be a rare fit capable of running abyssal Tier 2 for an alpha clone such as myself. I don't see alpha has many options for Tier 2, especially folks of the Minmatar faction.

Preliminary test report in Tier 1: It works! as expected! Just like in other games, a "tank" character is easier to play than a "squishy mage" character! All enemies including the "mini-bosses" can simply be "ignored" -- they can't hurt you! Not dangerously fast at least. There is plenty of reaction time. Shield was never broken by more than 20%.

One trivial detail, though: the Mobile Tractor Unit need to come back into the picture. Due to inertia, the ship is too clumsy in picking up loots. Without the MWD, it is too slow; with the MWD, it always overshoots and need to turn back to pick up the loot.

The hope is high to be able to comfortably conquer Abyssal Tier 2 with this fit.

Final test results: Yes! It is viable -- a fit has been found for me as an alpha to comfortably run abyssal Tier 2. Even though only 1 test in Tier 2 has been done so far, I am fairly confident in making this positive conclusion. Shield was down to 60% in the first room. Then further down to 40% in the second room, which is the lowest point. But there was plenty of time to recover. (Bad luck with the loot this time, though, only slightly above the outcome of the last run in Tier 1.)

Priority in killing which enemy: whichever approaches me the nearest! Because it is the feature of Autocannons to fight up close! Basically, no special techniques are involved in piloting this ship. Very easy to use. Because it blatantly tanks all damages.

Upon entering a room, the first step is to go to the conduit gate and put down the MTU. Fight the enemies along the way toward the conduit gate, and then fight them standing still at the gate. When most enemies are down, get to 40km drone control range from the Extraction Nodes and direct the drones to smash the cans to make the loot available for the MTU.

Probably the drones can be sent out earlier to the can to save time. But it is difficult to monitor all the many "matters of caution" at the same time. Drones were sent out later in this case to have enough spare attention to watch out for drone safety. 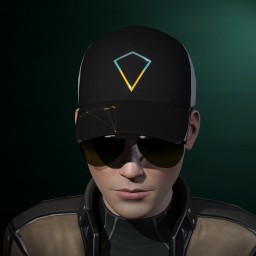 Data source: Abyss Tracker, public and private abyss runs by all characters. The graph refreshes once in 15 minutes.

The information below was calculated from 9 user submitted runs (displayed left).

Loot strategy with this fit

Data source: Abyss Tracker, user submissions. Runs older, than 1 year are ignored in this panel. Data is cached for up to 5 minutes.